I have more short fiction to come with Curious Fictions soon. Enjoy!

You can read the paper (with all math removed and more emphasis on the philosophy stuff) here. This was based off of the paper I wrote for my quantum mechanics class to satisfy my writing requirements during my last semester at the University of Alabama. Little did my professor know, I was using him as a free editor.

If you want to argue about what quantum mechanics means for philosophical determinism, then leave a comment. I’ll probably argue back.

I’ve become a regular contributor to Sci Phi Journal and would like to share my column’s first piece: Revisiting Isaac Asimov’s Foundation Trilogy. In the article, I examine the repercussions of Plato’s “benevolent dictator,” advocated for in The Republic, and portrayed in one of Asimov’s most widely known works.

If you’re a fan of philosophy and science fiction, then this journal might be perfect for you. I’ll be contributing one piece a month, with each one being a philosophical analysis of a classic science fiction work. As always, Reagent Post thanks you for following the blog.

The story has been published through Daily Science Fiction here: http://dailysciencefiction.com/science-fiction/nanotech/alex-drozd/precognition

My inspirations for this story come from my own philosophical musings about the Book of Life, a thought experiment advanced by free will advocates in rejection of determinism, one that affords a paradox yet to be solved in philosophy. I find it strange that knowledge of the future is assumed to be of the supernatural sense in many of the pieces of fiction inspired by or related to the thought experiment–that predicted outcomes must occur by virtue of the prediction–though determinism, and the experiment itself, make no such suggestion; the predicted outcomes are derived from linear cause and effect, not magic. Predictions of the future can be made inductively and deductively using natural reason alone, and the prediction can, of course, be invalidated if the agents involved are aware of the said prediction, but nothing should force any future events back in line with the prediction if this happens. I don’t think any philosophical difficulties arise in any of this until the level of knowledge involved approaches the omniscient–which, to be fair, is the level involved in the Book of Life–and in this story I explore a purely intuitive form of prescient knowledge. You most likely don’t recognize much of this from the story itself, but this train of thought is what led me to write “Precognition,” a story that rolls out in what I consider a pulpy, science fiction style; it’s meant to make you think a little, but it’s mostly about the fun.

To accost instances of reverse racism–such as when a white person is told that they cannot experience discrimination because of the color of their skin–is consistent with egalitarian principles. But I suspect that these points are sometimes not made in reference to the general idea of egalitarianism, but rather with respect to the ongoing debate about the role of race in America, one which tries to claim that the experiences of all constituent races are on the same playing field. I don’t agree that being white in America is the same thing as being black in America, and as far as this idea is concerned, I don’t recognize the validity of mirror image arguments in this context–where we are not speaking generally of egalitarianism, but rather about the specifics of how the two races undergo two different experiences, part of which is with respect to legality, not generalized principles.

In short, I feel it is sensible to point out that when a white person is lumped together with all white people, that is unfair, but it is not sensible to point out that true equality would be to have a white history month as well as a black one. The former is an instance of egalitarianism, but the latter is a form of ignorance, one that neglects the subjugation the black race has experienced and disregards subsequent attempts to achieve egalitarianism in response to that subjugation. Things are not made equal by all those involved in an unequal system receiving an equal amount of advancement.

In my utilitarianist view, ethics is most often about minimizing damage, not avoiding it. In most situations avoiding damage is impossible, and being that inaction is just as much of a decision as action–in that it brings about a consequence–the moral decision is to do something, and for that something to take into consideration the net effects of good and bad.

All ideas discussed in this post are discussed with only their efficacy as a function in mind. Whether or not the ideas advanced are morally permissible, by whichever system of ethics you have chosen to adopt, is not the concern of this post.

The notion of the social contract gives us an understanding of the relationship between the individual and the state that most of us apprehend. The individual, in exchange for the safety afforded by civilization, must sacrifice certain liberties in order to enjoy the fruits of society, e.g., we give up the individual freedom to steal as we see fit so that our own possessions are safe.

While most of us are fine with giving up these liberties, there are less serious ones that we also give up because they are good for us, but if we as an isolate individual could personally not adhere to that particular rule, we might choose to abstain. For example, many of us accept that the government should force us to recycle, but if we could personally find a way out of paying the fine when we forget to put our plastic bottle in the proper bin, we would take the opportunity. The same could be said about paying taxes.

Now we must elevate the magnitude of the situation in order to reveal the nature of the idea forthcoming.

It is easy to envision a democracy that operates better than any in reality by its property of only being populated by intelligent individuals—who of course make informed votes and by virtue of their competence, elect the candidate most able to bring about solutions to certain problems. One way such a hypothetical society could exist is if it decided to euthanize all individuals discovered to be of subpar intelligence, thereby effecting the result of only having an astute populace.

In theory this society would function, but in practice it would not. Why is this? It now comes to define the word corruption: the instance of an individual higher up in the hierarchal order of society getting away with what an individual of the lower order could not, even though all are supposed to be equal in the eyes of the law.

Now imagine this society with its euthanasia practices, and its hierarchal order akin to all societies known to us in the past. While the unpleasant practice of euthanasia is enforced upon the common man’s unintelligent members, the important man may find himself not wishing to adhere to the rule that makes his society work. He may not wish to euthanize the dull nephew of his wife because this would bring his beloved spouse misery, and so he, with the power to do so due to his status, may find a way to subvert the rule, and this is where the collapse of the system begins. When the higher ups too are made to obey the unpleasant rules of society, they weaken the order of the society by disobeying its rules, because they, like all men, do not wish to obey the unpleasant rules, but they, unlike all men, have a better chance of getting away with disobedience. It does not take much for collapse to follow. Once the men of power have fallen into disorder, the society cannot be said to work as was described in the theory. Therefore, corruption is necessary. A society as described above can only be made to work if the men of power can be exempt from some of its laws, thereby inspiring no thoughts in them as to disobeying the more essential ones.

Take the rich musicians in our own country. They openly discuss, and even advertise, their illegal substance abuse, calling attention to it even in their own writings, even filming themselves partaking in said abuse and posting it to social media. Why are they not subsequently arrested? The reasons are not interesting: law enforcement does not wish to receive the negative publicity, or the legal fees make it not viable for the state to take action against wealthy offenders. Pick whatever reason satisfies you; whichever one you pick makes the same point. This can only be called corruption: rich entertainers buy contraband in mass quantities without repercussions, while poorer individuals are arrested for much lower quantities.

But what would happen to the entertainment industry if we were to suddenly enforce our drug laws rigidly? What devastating effects to our society would be brought about by removing such benefactors from the economy? And by analogy, what would happen to our society as a whole if we, overnight, austerely cleaned up all government corruption without mercy and only strict adherence to the books? Would there be anything left standing which could function with so many of the parts removed?

A society without corruption is possible—any form of society can be envisioned in theory—but it seems to be that corruption is a necessity for longevity and effectiveness in a system of government that wishes to be actualized. You can, of course, construct a society in which different laws apply to men of different classes to get around my use of the word corruption, but you are still acknowledging that inconsistencies in our idea of justice are necessary in order for a hierarchal society to work. The conclusion is then that greater men must play by different rules, as would Dostoevsky’s superman or Nietzsche’s ubermencsh.

If you value egalitarian principles, as I do, you should find this idea appalling.

The creator of an art has the sole right to profit from that art, but I do not think it can be said that the creator of said art has the right to that art. Art belongs to its appreciators, and could not exist if it were not for the liberal freedoms entailed in the realm of creativity; the freedoms to draw influence from all art that has come before. 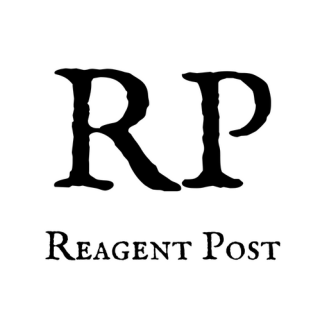